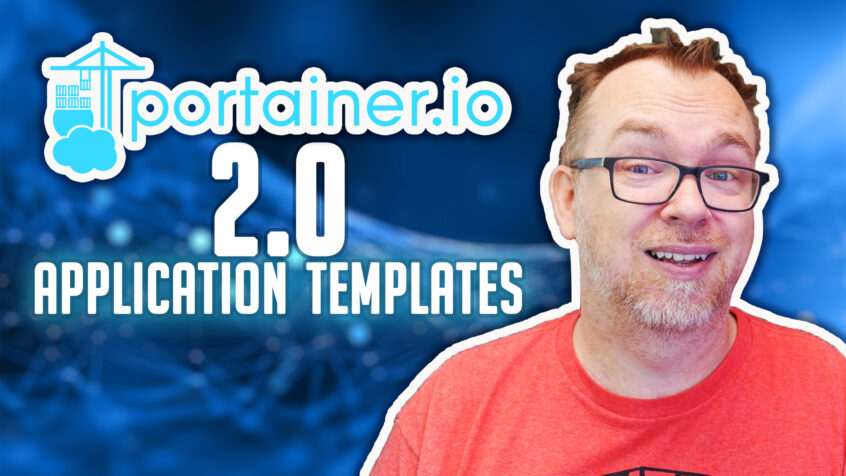 The first method we’re going to look at is using a Docker application called Taisun. It’s super easy to setup and it gives up dozens of applications that we can install with just a couple of clicks.

In order to install Taisun, just copy the following code into a new Portainer stack:

If you already have something running on port 3000, then change it to something else like this:

Once you have that, you can click “Deploy the Container” and wait for it to deploy. Then go to http://your-server-address:3000 and you should see Taisun up and running. From there, y0u can install any of the available applications.

Yacht can be installed quickly and easily by running 2 commands in an SSH windows:

The developer of Yacht asked me to make sure you use the :vue tag in the docker run command as shown above as it is the most stable currently.

If you’re installing this to run alongside Portainer, you’ll most likely need to change port 8000 to something else to keep it from conflicting with Portainer.

Once you’ve run both commands, you should be able to go to http://your-server-address:8001 (or whatever you set the port to) and login. Per the Yacht Docker page:

The default login is [email protected] and pass you should change this immediately by clicking on admin in the top right and then “User” then select “Change Password” in the top menu. You can also change your username using this field.

When you’ve got that sorted, you can go to the sidebar, add a new .json template and then start installing applications.

I’m deliberately leaving the process of doing that vague as I don’t want to get too far ahead of the developers, so be sure to check their Docker page to follow their guidelines for installing.

The other option you have at the time of writing this post is to simply go back to using Portainer version 1.24.x. (x represents whatever the current version of 1.24 happens to be)

You can do this by running a few simple commands.

To remove Portainer 2.0, type the following commands into your server’s SSH window:

Once you’ve removed Portainer, you can run the following commands to get version 1.24.x running:

That’s all there is to downgrading to Portainer 1.24.x. Now you’ve got a few options on how to continue to use application templates!

If you’re interested in other tutorials for your home server, check here: https://dbtechreviews.com/category/openmediavault/

Like what I do? Want to be generous and help support my channel?

Here are some ways to support: